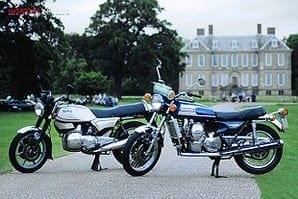 On the face of it, rotary engines are an excellent idea for motorcycles. Relatively compact and light, it’s feasible that they could power small, agile, high performance bikes.

And they could be competitive, too. Norton proved their potential with their John Player Special race bikes with astounding success at the TT and on mainland circuits. But, like turbo-charging, the rotary-engined experiment floundered and the Norton, Suzuki and Hercules adventure span into oblivion.

John Williams has worked for the Norton name since the Seventies – despite having been made redundant three times during the factory’s well-chronicled periods of turmoil – and was at Stanford Hall in July for the Rotary Owners Club annual rally.

“The Norton Classic was on the cards as a production bike in 1979 but the factory convinced Dennis Poore (the Norton boss) that it wasn’t ready so they went ahead with the police Interpol bike instead,” he said. 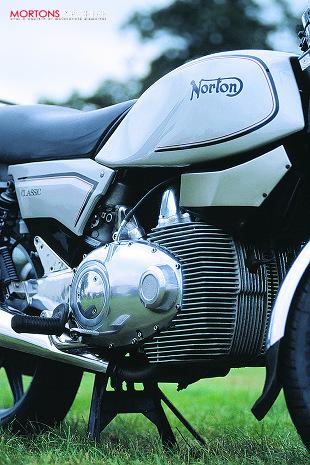 “I was a test rider at the time and did all the long-distance work. I used to do 900 miles in a day and the factory once paid nine of us to ride from Lands End to John ‘O Groats. Me and my mate did it in 12 hours and 40 minutes but one chap got caught for speeding.”

John owns two rotaries, one of the original aircooled prototypes and a watercooled Commander that’s clocked up an astonishing 250,000 miles.

Suzuki obviously thought they were on to a winner with their ‘revolutionary’ new bike. Writing in a brochure company president Jitsujiro Suzuki said, “We believe this achievement marks the beginning of a new age in the history of two-wheel touring.”

They had signed a licensing deal with NSU/Wankel in 1970 to develop the rotary technology. “There were several reasons why the seemingly straightforward rotary engine had resisted so long every effort into making it a workable, economic power unit,” they wrote.

“First was the need to develop materials of extreme durability to withstand constant high speed contact between the rotor apexes and the inner trochoid surface. The there was the tough problem of creating an efficient cooling system.”

They certainly sunk plenty of money into it, building an entirely new production line with machinery that had to be specially developed. They even perfected their own plating process for the engine parts.

The brochure contains lots more interesting and technical information about the work that went into the RE5, confirming the suspicion that the whole project cost them a mighty large packet of yen. By their own admission, “Resolving the mass of design and engineering problems took an enormous amount of time and money.”

No wonder the comparatively small Norton outfit couldn’t find the sort of money required to turn their own bike into a full production model in the late Seventies but, as I was to find out in Lutterworth, their rotary of a decade later was a far finer bike than Suzuki’s lavishly-funded RE5. 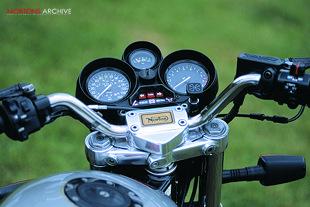 More different
The two bikes couldn’t be more different – the big, ugly, cumbersome single rotor Suzuki dwarfing the tidy little twin-rotor Norton. Even the engines felt and sounded as diverse as a single alongside a four, the Suzuki emitting a thobbing exhaust note against the Norton’s sewing-machine-like tickover.

The RE5 has one carb with two chambers, five throttle cables and 12 jets! In Suzuki’s own words… “For low speed operation only the small inlet ports are opened. When the throttle is opened the port valve in the second bore is actuated.”

The road between Lutterworth and the nearby village of North Kilworth provided confirmation that the bulky RE5 couldn’t be hurried. Smooth and steady it is, but no handler.

The Norton Classic, on the other hand, was a different matter. If Suzuki had been able to build this bike they might have recouped some of their costs. 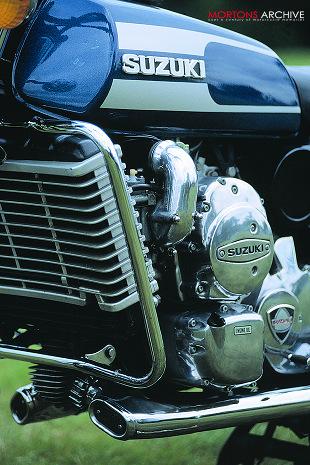 Starkly contrasting with the Suzuki’s traditional Seventies tubular frame the Norton-built chassis is no more than a hand-built backbone from which the engine hangs, delivering a low centre of gravity.

And it works well. The Norton handles like a peach and it was no surprise to owner that my test blast around Lutterworth was three times as long as my excursion on the Suzuki. The Norton felt like a real motorcycle, easily comparable to a nippy Japanese four of the time with a fantastic howl from the frantically gyrating engine. Rumour had it at the time that a rotary was more difficult to ride due to the lack of engine braking but I didn’t notice any deficiency on that front. It accelerated and braked in a perfectly normal way.

But it’s very noisy. The exhaust note’s a delight but the ‘backlash’ clattering and grinding from the transmission on the overrun was irksome. Was there a problem? No, this is a normal feature of the Classic, I'm assured.

The Classic was such a revelation that you wonder whether, given the right sort of consistent development, the rotary-engined bike might now have been a familiar sight in today’s showrooms.