In this edition of Show Us Yours, take a look at Colin’s 1977 Yamaha YB100. Want to see your pride and joy in our magazine, on our website and on our social media pages? If so, fill in the form here>> 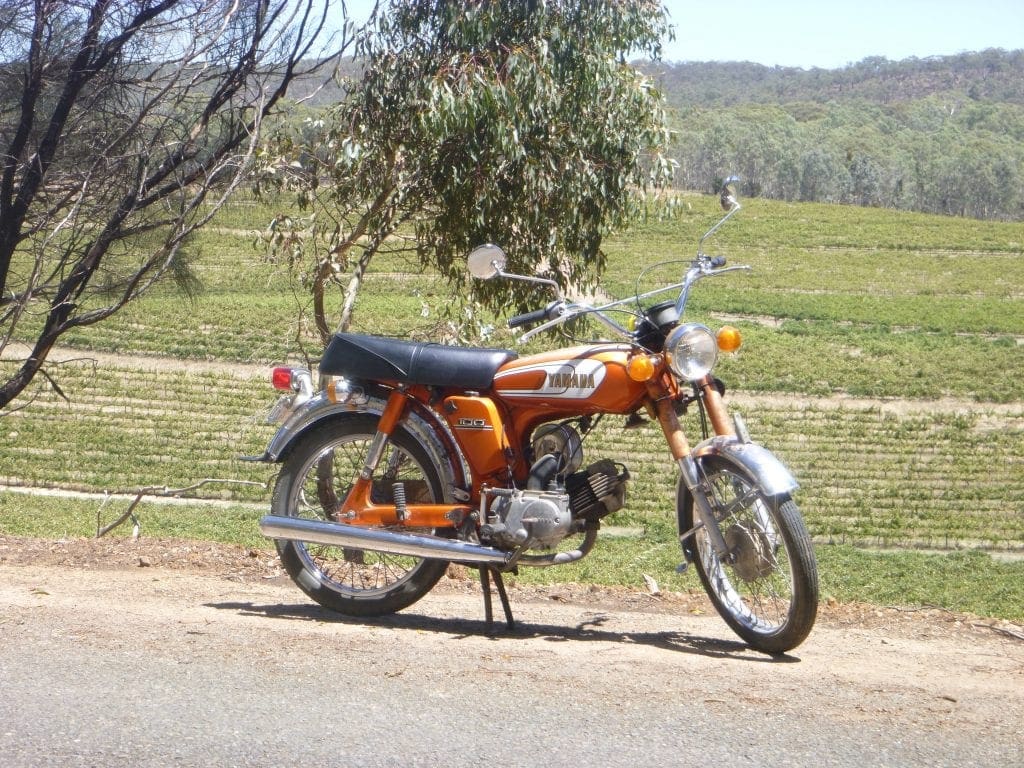 Hello from South Australia! In September 2015, I got a call from the supervisor at the local rubbish tip asking if I was interested in an old orange Yamaha 100 that a guy was about to throw on the scrap metal pile. Stupid question, of course I was.

A price was arranged (two bottles of red wine) and the owner dropped the bike at the tip supervisor’s home. A few days later I picked up a 1977 Yamaha YB100 in surprisingly good original condition, just missing the left-hand switch block/clutch lever assembly, it had a ratty seat and enjoyed a whole heap of ‘patina’, (well, more like rust and corrosion). Even the wife thought it was a good deal along with being a cute little bike. Once home, a quick check showed that the engine turned over, but sounded quite dry, and that mice had made a nest in the frame backbone and chewed the wiring loom to pieces. 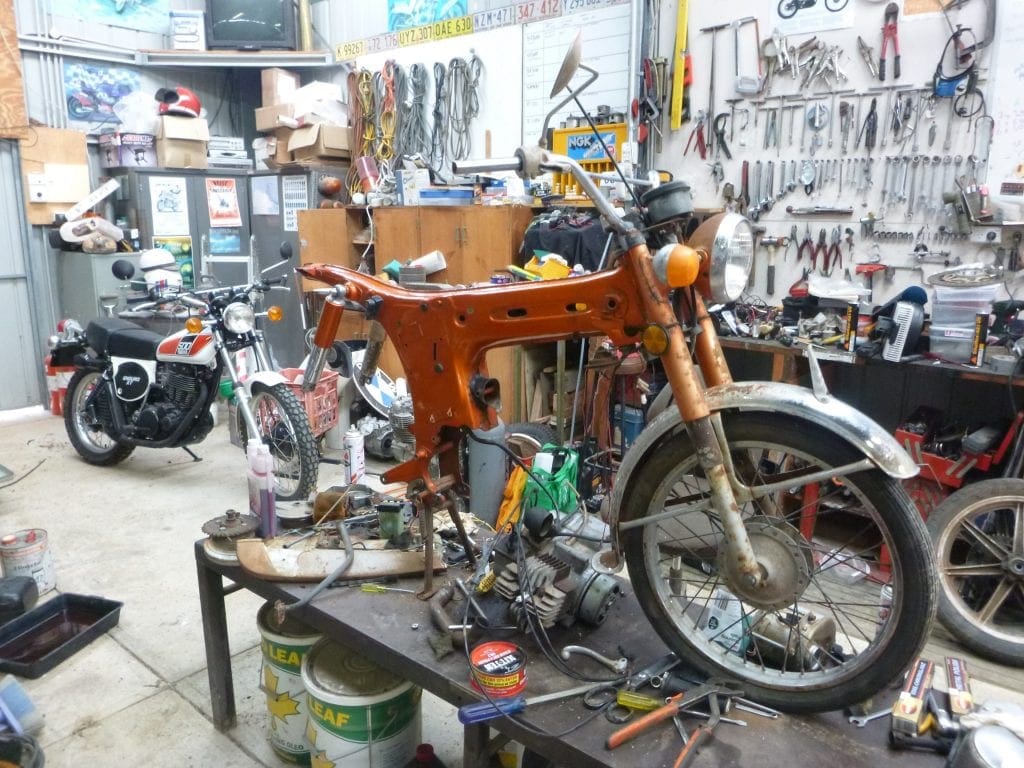 Lifting the head and cylinder revealed a very dry bore, but the bottom-end was still well oiled and in good condition. After a quick de-coke, the bore was oiled and the cylinder and head refitted. A quick bodge of the wiring and spark was present, so some fuel was added and the engine started after about half a dozen kicks. Ii didn’t run all that well, and I noticed that there was not much coming out of the end of the exhaust. Pulling the baffle out I found that it was blocked with an old wasp’s nest, and the engine then ran ok. Over the next few months, the bike was stripped and cleaned and the worst of the rust on the mudguards treated with rust converter. 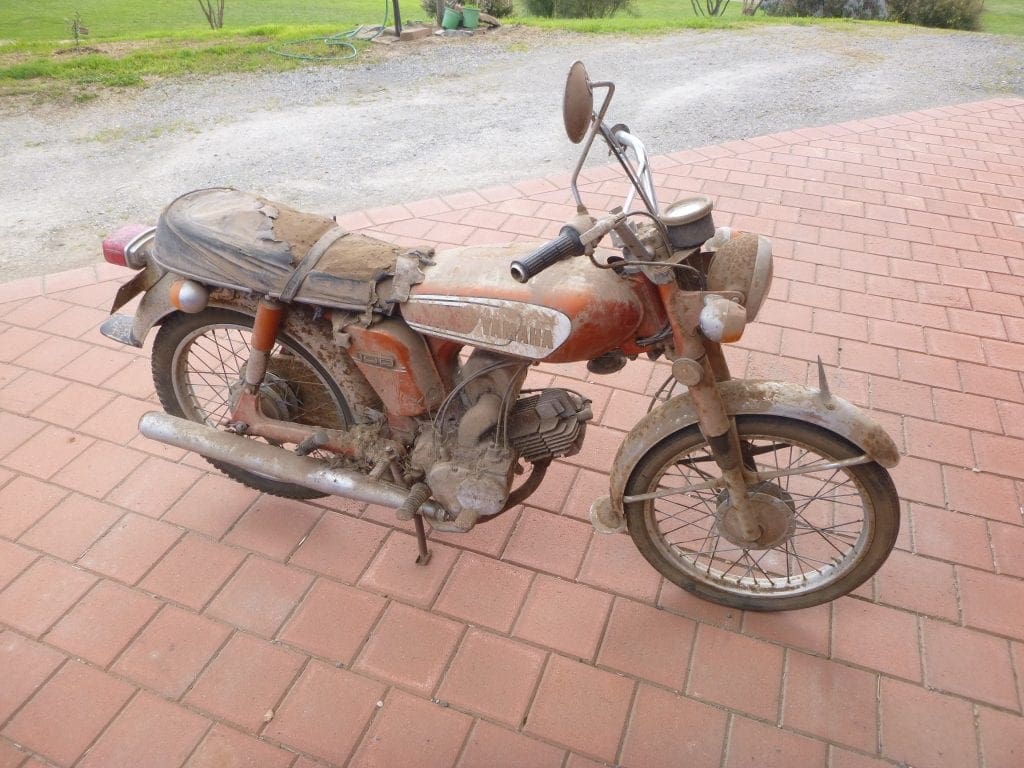 However, the general patina will remain and I don’t intend to do anything more to improve the cosmetic appearance. A new-old-stock wiring loom was sourced out of South-East Asia, as was a replacement seat and left-hand switch block/assembly. New chain and sprockets ware obtained from my local Yamaha dealer, and the mirrors and a few other small parts from Yambits. All up the cost of re-commissioning was about $500 AUS.

As it was not fitted with a number plate, and I had no details on its previous registration, an Identity / Stolen Vehicle Check had to be carried out before I could register it for road use. The police officer who carried out the check told me that it had last been register in 1986. So after some 30 years, it is now back on the road and proving a blast to ride, however it is going to take a while to get used to the ‘upside down’, neutral-at-the-top,  down-for-up gear shift pattern!

Want to see your pride and joy in our magazine, on our website and on our social media pages, fill in the form here>>