Dai Griffiths takes on a damaged and partly stripped Italian v-twin engine that has not been touched for five years.

The Moto Guzzi 500cc V50 has gained a reputation as a ladies’ bike due to its small size.

Without wishing to disparage the fairer sex, this is a little unfair on the bike. Guzzi’s ‘mini’ vee twin has a low centre of gravity and is so light that it makes an excellent country lane scratcher.

Its relative lack of power enhances these qualities. The V50 can be ridden really hard without the danger of losing adhesion. It can be cranked over with abandon and the throttle snapped open with no worries. A good rider can extract a great deal of speed from it on the right road.

And just for the record, on occasions, I have had problems following a girlfriend who owned a MkII.

The Mk II was the model imported into the UK alongside the identical but smaller capacity 350cc V35.  The sports versions were the ‘Imola’ for the V35 and the ‘Monza’ for the V50.

Early models were fitted with Bosch electronic ignition but the MkII V35 and Mk III V50 reverted to points and mechanical advance/retard.

This is not a reflection on Bosch but actually on Guzzi’s design department. The pick-up heads were mounted far to close to the rear of the timing chest, forcing the wires to make such a tight turn that they would split and allow corrosion to set in.

The cost of replacement is horrendous – over £115 per pick-up and £205 per amplifier box the last time I looked. Or, if you like, £630 for a complete ignition system!

So, it is always cheaper to convert to the later MkII or III electrics if you are buying one of these bikes… 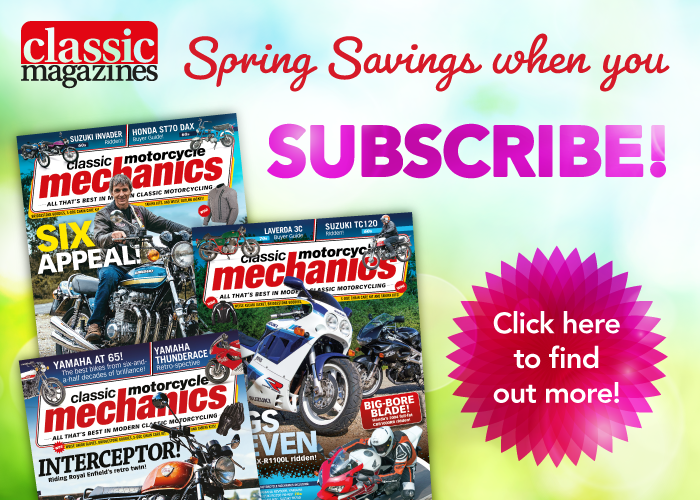