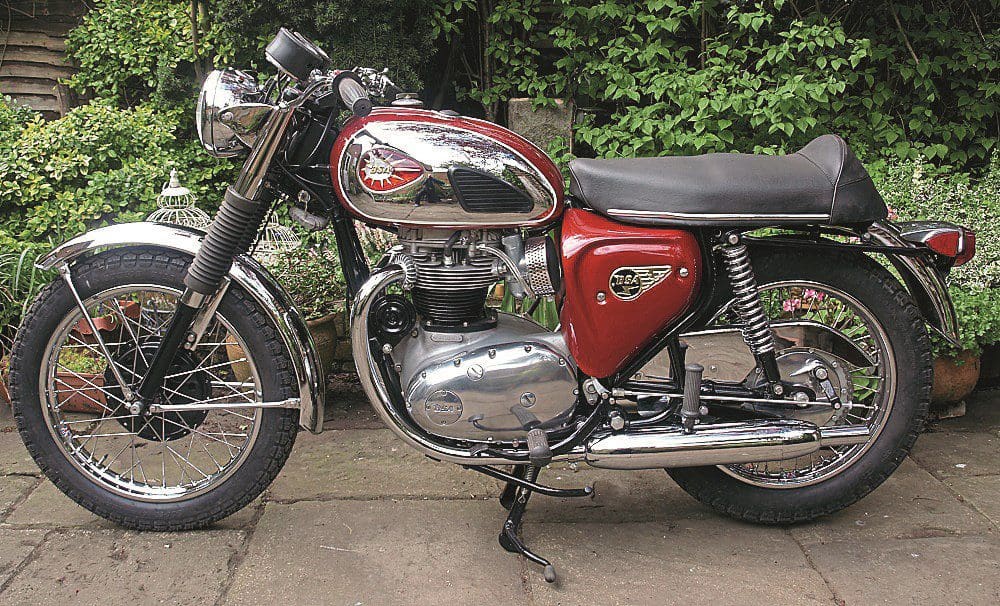 Our very own wizened sages, Messrs Mark Haycock and Steve Cooper, are here to answer all of your woes, be they mechanical or spiritual. Every month we will be giving advice, as well as some general tips. Don’t forget to send in your own tips, too.

Q: I hope you can help! I have a 1966 BSA A65L 12-volt fitted with Boyer Bransden electronic ignition and dual coil, also modern rectifier and diode all nearly new. The other day the bike would not start. After a lot of kicking I took the tank off and put some ignition testers (red plastic plug-type thing with an LED inside) between the plug cap and plug, kicked it over, and the LEDs did not flash. I took the plugs out, rested them on the cylinder head with the testers, kicked it over and they flashed. I put one plug and tester back in the hole, the other on the cylinder head, kicked it over and both flashed, but they would not flash with both plugs in; it’s as though they won’t flash or spark under full compression. I emailed Boyer but they didn’t seem to grasp the problem.

A: As Boyer Bransden lists three different kits for your bike, I am assuming that you have fitted Kit 00281, the most sophisticated and up-to-date Micro-Power digital system. Again, I am assuming that after fitting the kit, the engine worked perfectly okay (or, I would hope, worked better than ever), but now it does not to the extent that it will not start. So recently something seems to have happened, and the question is: what?

There are a few things you can check. Perhaps the most obvious (and I assume you have already looked at this) is to make sure that the battery is in good condition and is fully charged. You say that you have a new rectifier and diode (I take it you are referring to a Zener diode, which acts as a simple voltage regulator), but it would have been better to have fitted a more up-to-date arrangement such as an electronic regulator/rectifier. These are quite cheap now, and you will find that the voltage is controlled far more reliably.

This is important because a fault with the charging can damage the electronic ignition circuitry. That needs to have a supply at between 10 and 16 volts to work properly. Also make sure that the battery terminals and all electrical earths are clean and corrosion-free and fasteners are tight. Your system fires both plugs at once and I believe this means that if one plug fails to spark, the other must also as they are wired together.

I imagine you fitted the NGK plug caps which came with the kit (they each have a 5K resistor in series) as these avoid damage to the circuitry from electromagnetic radiation which would otherwise be emitted by the HT system. Also, I suppose the plugs are new, correctly gapped and look normal with no carbon or oil fouling?

Q: So, my RV125 problem! Kicking vigorously produces two sparks (plug lying on head), then nothing. Seconds later, I try again and I get two sparks, then nothing. I have replaced the points, condenser (x3), coil (OE and pattern), primary coil (NOS from USA), plug (new NGKB7HS and OE Champion L88A). The loom has been refreshed and everything checks out okay! The story behind the bike is that it was rescued while on its way to the tip (first error) back in 2002! It featured a seized bottom-end, but rebored top, with new piston/rings by previous owner. The rest of it was a wreck.

I did a slow rebuild as time allowed at low cost (that certainly didn’t work!). This was until everything was fixed and looked great (well I thought so!), but the lack of sparks has me stumped. Please help, ‘cos I still don’t know if the carb is any good (float height adjusted to 7/8in or 22mm from gasket face ‘cos it leaked), and have dubious oil-feed (pump weeps in closed position to main bearing), but have fitted new (expensive, ‘cos I had to buy four), check valves, from a bloke in Dudley, but it will need running in. However, I do have a ‘spare’, used, from the US pump to take apart if I run out of other things to do. I look forward to any help, advice, sympathy you might offer, before I get a Zimmer frame. From a long-term, veteran subscriber, who reads your mag from cover to cover, then back again. PS: Fortunately I have a Honda CBR400 NC29 to keep me sane

A: I glanced at this one and immediately thought that it must be a fault with your electronic ignition module… but the RV125 does not have such sophistication, does it? In fact, it has the simplest ignition system imaginable, using a coil within the magneto producing a low voltage input to a little ignition coil which connects to the spark plug in the usual way. The low voltage supply is periodically interrupted by the contact breaker which diverts it to earth, causing the high voltage to be generated in the ignition coil. There is a slight complication though in that there is a handlebar switch which basically does the same thing as the contact breaker, i.e. earthing the low voltage and thus acting as an ignition cut-out. There is also a capacitor in parallel with the contact breaker. All this is completely separate from the rest of the electrical system and there is no ignition switch.

So, apart from the connecting wires and the earthing of both the magneto coil and ignition coil, the fault must lie with the handlebar switch, the magneto coil, the ignition coil or the HT lead/plug cap assembly, as you have told me that you have replaced the plug. I am also assuming that you have set the contact breaker gap to the correct figure which is between 0.3 and 0.4mm.

If you have a multimeter, here are a few readings to check with the correct values you should see:

Otherwise, the fault must be a component (probably the ignition coil) which works sometimes, and sometimes not. The easiest way to test that is to substitute a known good one –if you can find one!