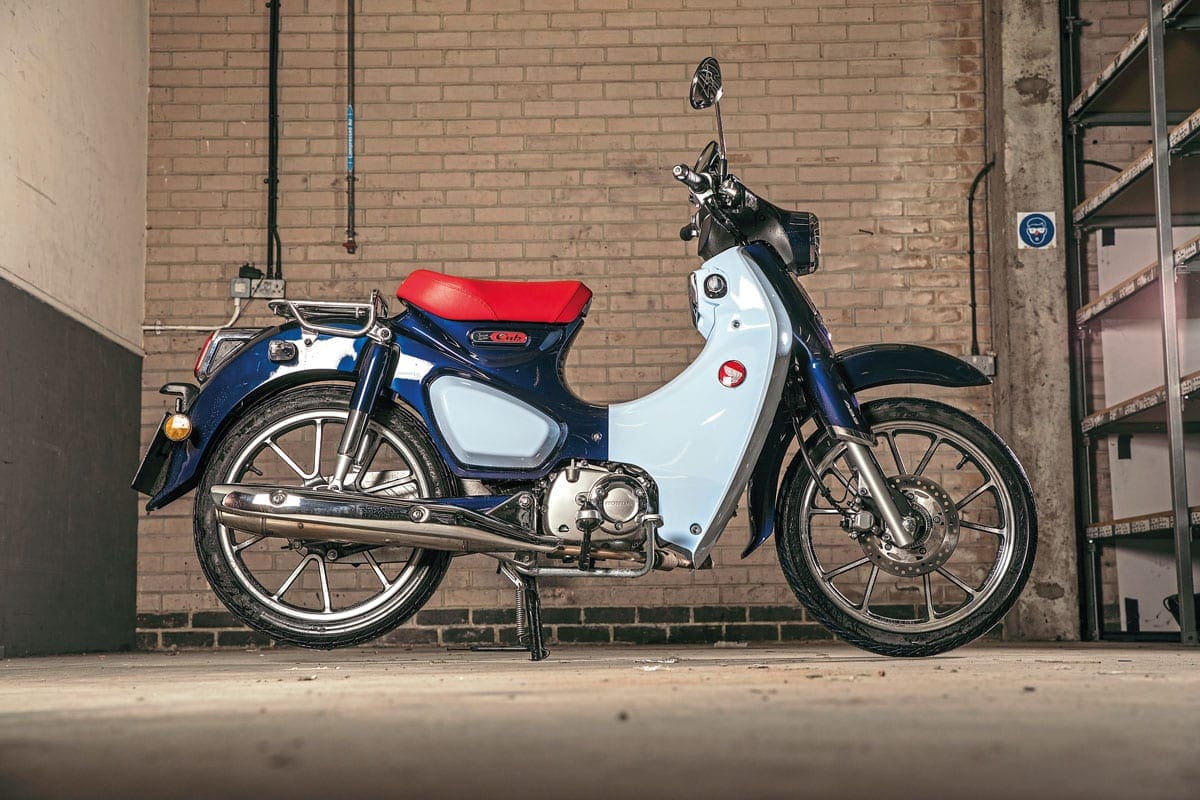 The Honda Super Cub has made a name for itself over the last sixty years as a bulletproof, do-anything machine, most at home on the daily commute, but capable of traversing the globe, too.

Since production first began in 1958, Honda has sold over 100 million models in various iterations of style and capacity. To celebrate hitting the milestone and cement its place as the best-selling machine of all time, Honda has revamped its Super Cub with a major styling revision and a raft of technical updates.

Of course, the new model is different to the Cubs we all know and love. It has a revamped low-friction 4-stroke single-cylinder air-cooled engine, upgrades to its oil system (predominantly to make part and oil changes easier), and a 2-stage catalyser muffler paired with the brand’s PGM fuel injection system (to ensure the bike meets more rigorous emissions regulations). Its styling has been overhauled too, with a distinctly neo-retro feel complimented by new LED lights and turn indicators, and an instrument panel designed for easy reading.

To put it through its paces, we’ve spent the last month using the little Cub as a daily commuter, seeing how it stands up to the cold, wind, rain, grit and grime that defines riding through the winter in the UK. 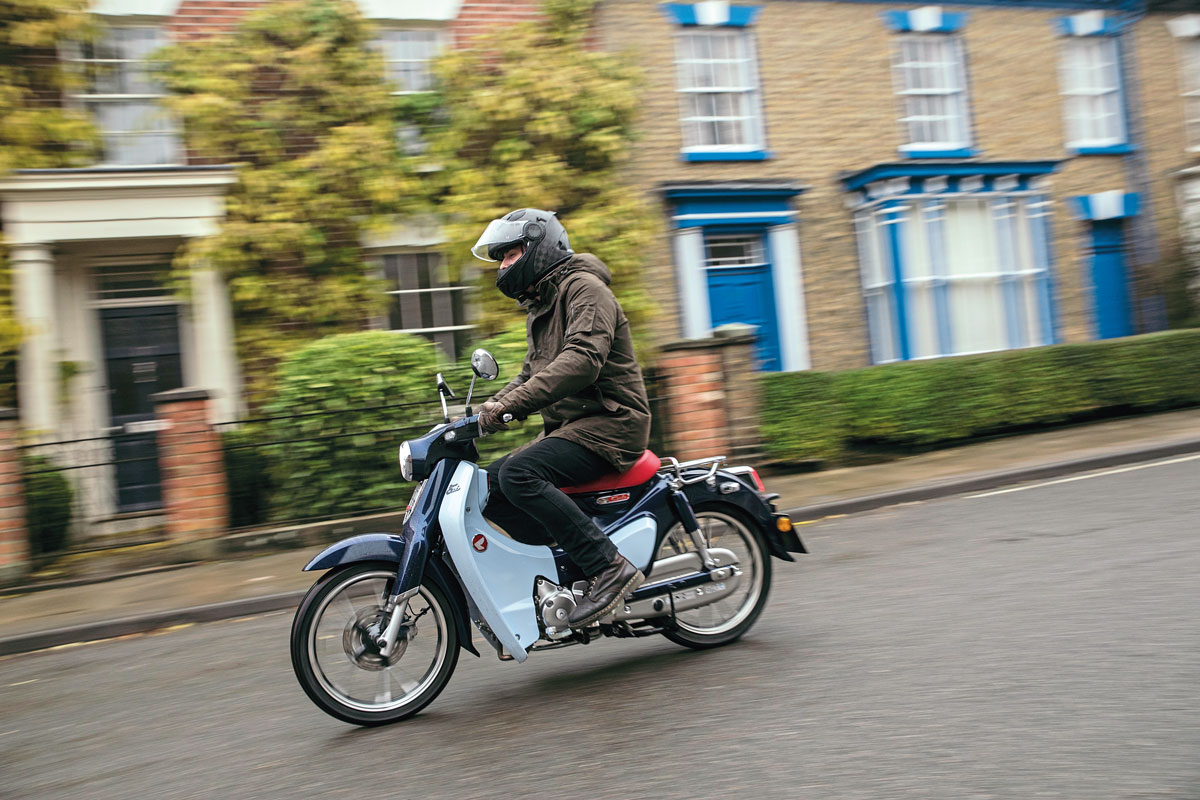 Something old, something new

On first inspection, I was pleasantly surprised by the little Honda. Despite the updates and modern technology, it’s still undoubtedly a Super Cub being immediately familiar in appearance, thanks in part to its step-through design, front fairing, two-tone colour scheme and under seat fuel tank. It’s probably a bit of a stretch to describe the Super Cub as a particularly attractive machine, although it has a unique charm. After all, that’s not really what the Cub’s about, with practicality, performance and pricing far more important. Either way, I’ve still had plenty of compliments from passers-by.

The Super Cub C125 is, by nature, a simple and stripped back machine, and it always has been, carefully balancing budget and customer expectations with performance. As a result, there’s not a huge amount to talk about when it comes to styling and equipment, so instead, let’s focus on the main changes for the latest incarnation.

The fuel tank is now locked electronically under the seat, and accessed by pressing a button, assuming you have the new smart key fob within range. It also comes with an ABS-equipped disc brake and telescopic fork up front, LED lights, indicators integrated into the handlebar and an easy-to-read dash, which blends an analogue speedometer with an LCD screen. The bike also has detachable side covers, with the right side allowing access to the bike’s electronic systems and the left, storage for documentation and maintenance records.

Interestingly, to increase the practicality of the Super Cub C125, Honda has opted to offer a luggage rack behind the bike’s solo seat as standard. However, it’s worth noting that a passenger seat can be mounted on the luggage rack, making the Super Cub capable of two-up travel. 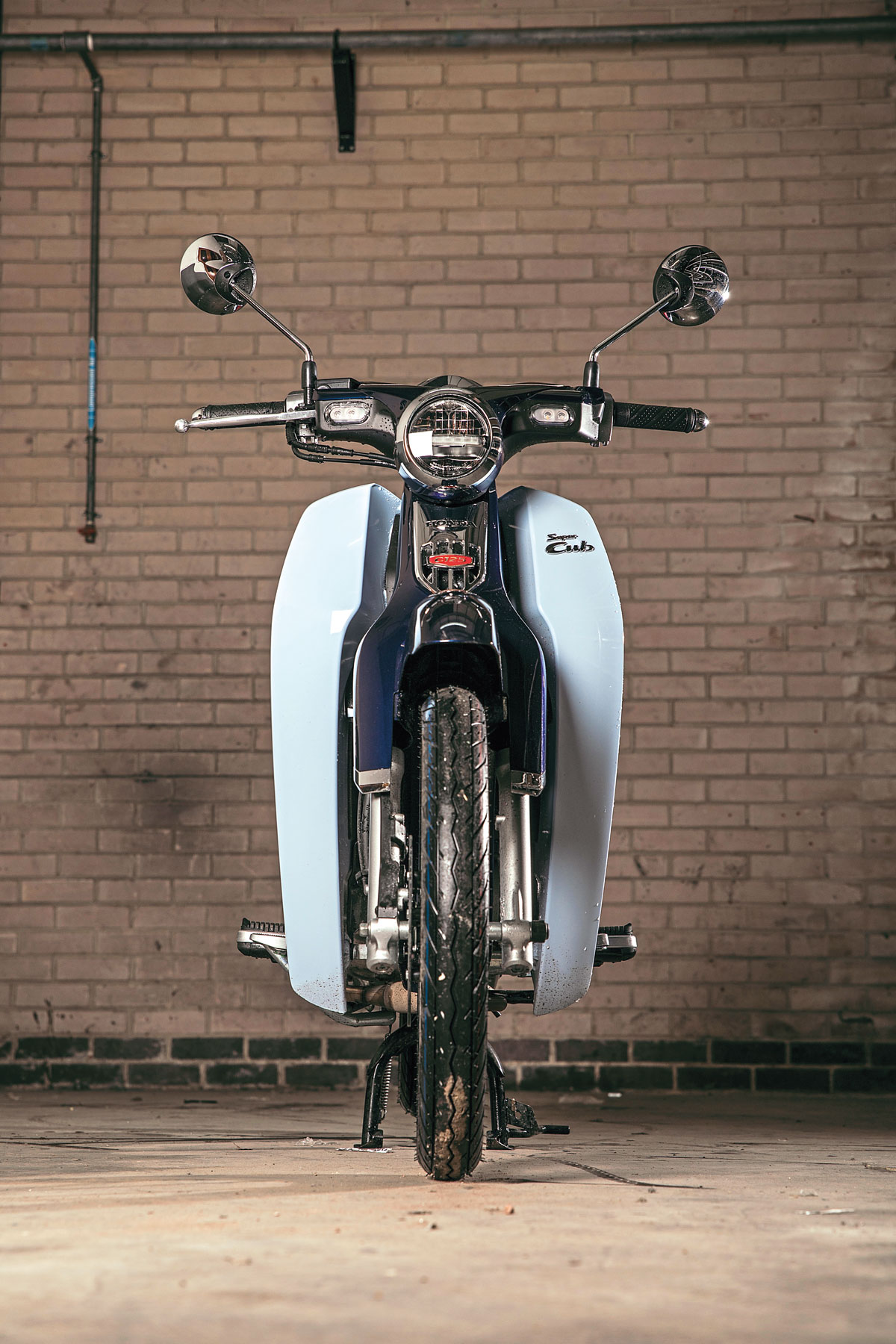 Settling into the seat for the first time, I was surprised by how substantial the little Cub feels, despite its diminutive proportions. It is a tiny machine though, being lightweight and low.

The seat stands at 780mm, and as a result of the step-through design, should be easy to get on with for even the shortest of riders.
The Super Cub is powered by the same 125cc single-cylinder motor that’s found in the Grom (MSX125) and the new Monkey 125. It kicks out a fairly respectable 9.5bhp of power at 7500rpm and 7.7lb-ft of torque at 5000rpm, with plenty of beans to get the jump on most four-wheeled traffic off the line. You have to push hard to hold it at 60mph, but I found it was quite happy to sit at 50mph all day long.

To get the Cub moving there is a heel-toe gear shift setup, just like on the original Cub. It’s super easy to use too, thanks to its new user-friendly centrifugal automatic design, which works to disengage and engage the clutch automatically while you shift up or down the box. If you’re used to a more traditional motorcycle gearbox, don’t worry, as you’ll get used to it in minutes. It’s smooth, quiet, and if you’re really pressing on, you don’t even have to roll off the throttle, as you just stamp up the box and keep it pinned.
Conventional telescopic forks are one of the new additions to the latest Super Cub, replacing the old leading link style setup.

Although it’s definitely a marked improvement, it’s still not the most sophisticated of systems. Perfectly capable around town, with a more than adequate level of comfort, you’ll only really notice its shortcomings as you begin to pick up speed on sketchier surfaces.

For braking, the Cub is equipped with an ABS-assisted 220mm disc and single piston caliper up front, and a 130mm drum at the rear. The same as the suspension, it’s not earth-shattering, but it’s more than capable of pulling the bike to halt with ease thanks, in part, to the Cub’s low power and weight. 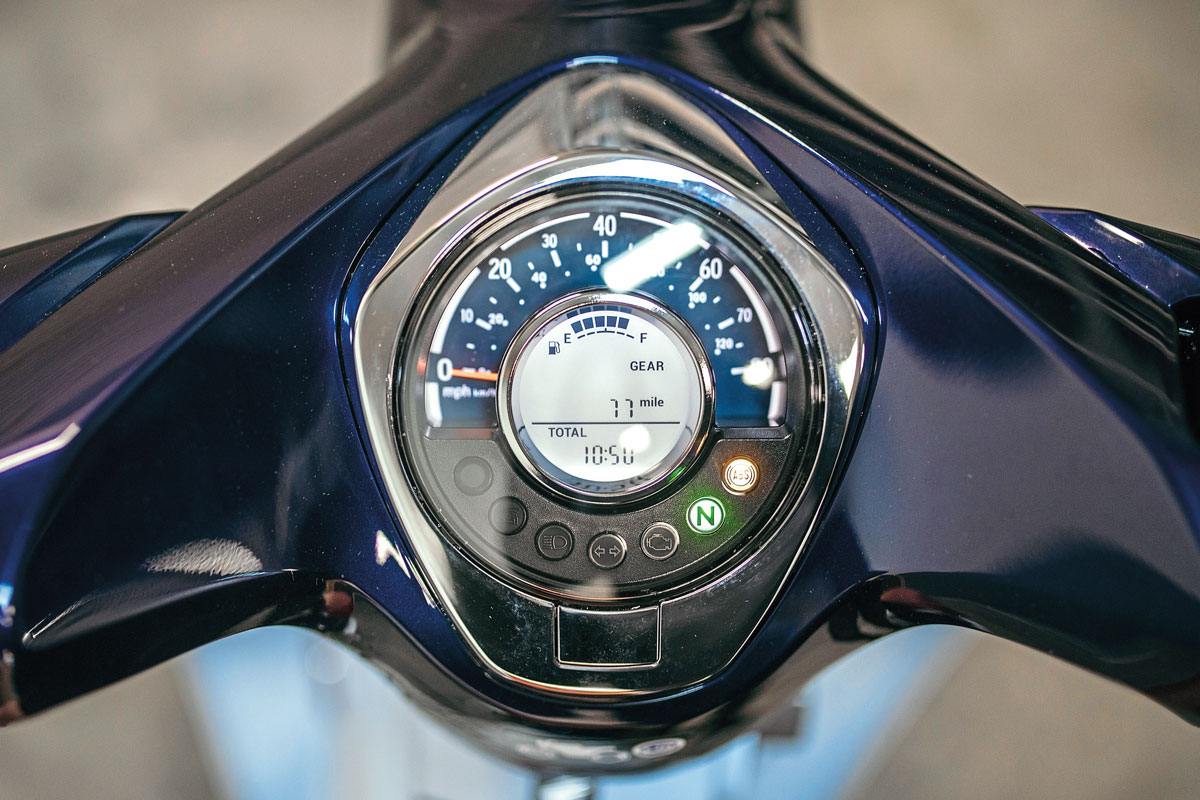 Is it any good?

The Super Cub is no high-speed mile-muncher, but for bombing around town I reckon the lightweight, agile and super easy-to-ride machine is hard to beat.

It’s more than quick enough for the urban environment, while its slim line design and 17” wheels help to make it an absolute doddle to bob and weave through traffic. It’ll turn on a sixpence, and is light enough that I could pick it up.

It’s also narrow enough to fit through most front doors (so you can actually keep it safe and secure inside your house). I love it – and I reckon you might, too.