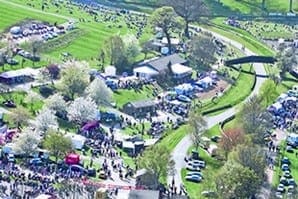 This year is the fourth annual event and will be larger than ever before and raises vital funds for the Nationwide Association of Bloodbikes.

As well as the famous Ride the Hill, there is a large display of historic, modern and race bikes on display in the paddock, manufacturers, clubs, demo areas, passenger rides, stunt show, trade stalls, live music, good food and a host of entertainment both on and off the track to keep the whole family amused.

The event is at: Prescott Hill, Gotherington, Cheltenham, Glos. GL52 9RD and for more go to: www.prescott-hillclimb.com