John McGuinness, the man considered by many to be the greatest road-racer ever to compete in the Isle of Man TT, will be the star guest of honour at Staffordshire County Showground’s upcoming bike show.

Stafford Show Honoured By The Presence Of A TT Legend
23-time TT winner John McGuinness
The event, renowned as one of the biggest of its kind in the world, will welcome the 23-time TT race winner and Mountain Course lap record holder as he talks on stage throughout the weekend about what is arguably one of the greatest careers in the history of motorcycle sport.

Exhibition manager Nick Mowbray said: “McGuinness is without doubt the best of his generation, and is up there with the greatest of all time. His consistency and longevity are incredible; no matter what challenges he has faced, he’s continually found the answer.

“Aside from the impressive numbers, the 43-year-old has won legions of fans with his modest, humble and humours approach. He understands the TT, and respects its history.

“Classic Bike Shows is delighted to welcome him to the event, and we are sure he is going to prove a huge hit with the thousands who will pour through the gates to meet him and hear him speak.”

The Carole Nash Classic Motorcycle Mechanics Show takes place across the weekend of October 17-18, and as well as its star guest it features a huge selection of traders and autojumble stands offering perhaps the widest selection of classic motorcycle goods under one roof, anywhere in the world.

A stunning display of machines can be seen at the centre of the venue’s main hall, with a variety of eras represented from 1960s early Japanese classics through modern retro examples. Many of these types of bike will be in action too with parade laps set to take place around the main ring, along with the firing up of race bikes in the Classic Racer GP Paddock and trials demonstrations near the Classic Dirt Bike Hall.

Further live action will be taking place in the Restoration Theatre, where TV presenter and engineering expert Pete Thorne will be offering advice, hints and tips on restoring and maintaining old classics.

Nick added: “Our Stafford shows have a successful formula, and we’ve retained all the elements which make it one of the must-visit events on the biking calendar.

“We also know we can’t rest on our laurels, and that’s why we’ve looked to introduce the Restoration Theatre and continue the parade laps which were debuted last year.”

Another of the event’s most popular attractions is the Stafford Autumn Sale from auction house Bonhams, which takes place on Sunday, October 18. The 2015 event will also see an extra sale day, with a 60-strong consignment of mainly American lots going under the hammer on Saturday, October 17.

The Lonati collection is estimated to fetch £1 million in total, and features a 1910 Pierce 688cc four and a 1930 Indian 1265cc Model 402 four cylinder combination among a host of rare lots. 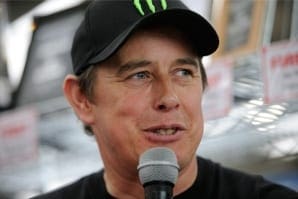