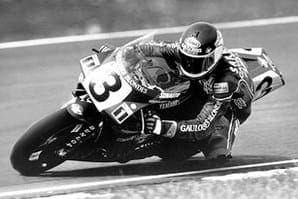 The Carole Nash Classic Motorcycle Mechanics Show will take place this coming October 19-20, and tens of thousands of visitors are set to descend on Stafford County Showground for the 20th running of this massive event.

Show manager Nick Mowbray commented: “Now moving into its third decade, the Classic Motorcycle Mechanics Show grows in popularity every year and with a jam-packed weekend in prospect, we are sure that 2013 is going to prove to be as big a hit as always.”

As the culmination of the Classic Bike Shows’ calendar, the event will see the seven Best in Show winners from throughout the year come together to determine which can be called the best of the best.

And, with more than 70 club stands and dozens of private entries, thousands of bikes will be showcased with focus on the machines of the 1960s, 70s and 80s.

2013 will also mark a first for the event, with gravity-defying stuntman Steve Colley wowing the crowds in the main ring.

“This is the first time we have utilised the main ring at the showground for an attraction such as this,” added Nick.

“The seating there has recently undergone extensive refurbishment, and it will provide a fantastic location for a simply stunning display.”

As well as this superb entertainment, the show will feature its renowned array of autojumble and trade stands, the Classic Racer Grand Prix Paddock and the ever-popular Bonhams auction.

Nick, explaining that 2013 will see Yamaha mark the anniversary of the FS1E, continued: “You literally will not be able to move without coming across a memorable machine from days gone by.

“In a special year for this era of motorcycling, the Classic Motorcycle Mechanics Show is going to be a weekend of celebration for the biker who began on a ‘fizzy’”.