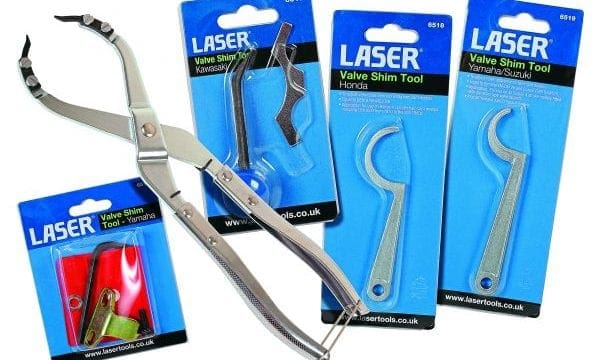 Laser Tools have just added a number of valve shim tools to its growing range of motorcycle maintenance tools. These tools are indispensable when carrying out adjustment or overhaul of engine valves with solid shim-type adjustment. The Tappet Shim Pliers (part number 6489) are used to grip the shim to allow easy removal by gripping the edge of the shim (priced at £28.80).