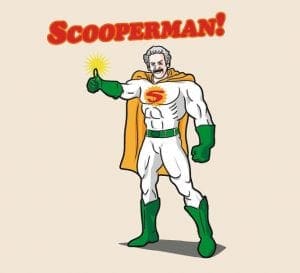 One of this  column’s  contacts came  out with a  statement  recently that frankly left  the author speechless. Yes,  I know it’s hard to believe  but it happened. The words  that halted any response  were ‘yes but they’re only  small bikes’.  If your biking began at or  around the turn of millennia I could  just about understand how this  might seem reasonable. The  dealers’ showrooms have been  disproportionately loaded  with big cube stuff since  two wheelers became a life  style affectation.  However as we old salts know coming from the  60s, 70s and 80s school of motorcycling big  motors do not maketh the rider. Alternatively it  ain’t what you’ve got it’s the way that you ride it.  As many classic motorcycle owners are realising,  little bikes rock.  Dismissing smaller machinery out of hand is  arguably both naïve and narrow minded. If ego  trips and macho-willy waving are your thing then  like the saying goes – if I had to explain you  wouldn’t understand. There’s almost as much hard  work in restoring a small bike as there is in a big  one and the costs aren’t that different either. One  down pipe, whether it’s a Z1 or a Z250 costs much  the same to re-chrome: ditto paintwork, zinc  plating, wheel building or anything else that goes  into a full resto. It’s the number of items being  worked on that dictates the price not the unit area  being restored or the engine’s swept volume.  Any oaf can wind open the throttle of a  motorcycle; it really isn’t hard. If ultimate speed is  your thing and it’s the numbers that float your  boat then book a track day or try sprinting.  On the road few are genuinely able to ride a H2,  CB750, GS1000 et al anywhere close to its full  potential and probably shouldn’t either. Now  reprise the scenario with a CB250, an RD250,  RG250 or KH250. Focussing on the road and not  the speedo and getting the best out of these  smaller machines can be hugely rewarding. The  same goes for real tiddlers; with one of these you  can genuinely work it to its maximum which  something big bike owners are unlikely to  experience for any significant length of time.  If you want to ride fast and safe buy a modern  motorcycle. If you want classic thrills at lower cost  without a potentially expensive get off when the  inevitable happens then try a smaller bike.  You have little to lose but your prejudices so go  on: give it a go!  www.vjmc.com ❙ 01324 410519