After being presented with his FIM Trial Legend Award in the Spanish city of Jerez de la Frontera in November, Sammy Miller presented two world champions with their trophies…

Delegates from 84 countries witnessed the presentation of all other individual and team awards before celebrating the FIM’s achievements at a gala dinner in the world-famous Teatro Villamarta.

• Newton Abbot dates
Although autojumbles will take place in Newton Abbot’s cattle market on Sunday, March 29 and Sunday, October 4, there will not be one on April 6, as stated in the Old Bike Mart wall planner, because of the application of bank holiday car parking charges. 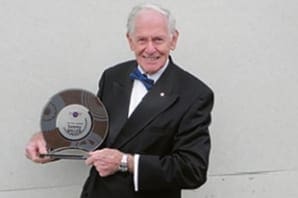