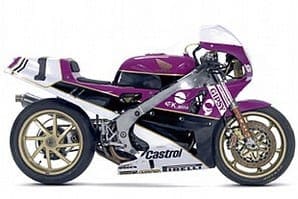 Also ready to go under the hammer is the entire Garelli Grand Prix collection, featuring some two-dozen historic racing motorcycles from the celebrated Italian manufacturer, many from the factory’s 1980s heyday, and a selection from its prewar days. All the machines, which were housed by their current owner in a private chapel, will be sold at no reserve.

Many famous Italian racers – including Ernesto Gnesa, Tazio Nuvolari and Achille Varzi – began their racing careers on Garelli bikes, and in the early 1980s the factory dominated the 125 class in Grand Prix motorcycle racing, winning six consecutive world championships between 1982
and 1987.

There are also 55 bikes up for sale from the late Claude Lesellier. The eclectic mix includes French, British, German and American motorcycles dating from the early vintage era to the modern day.