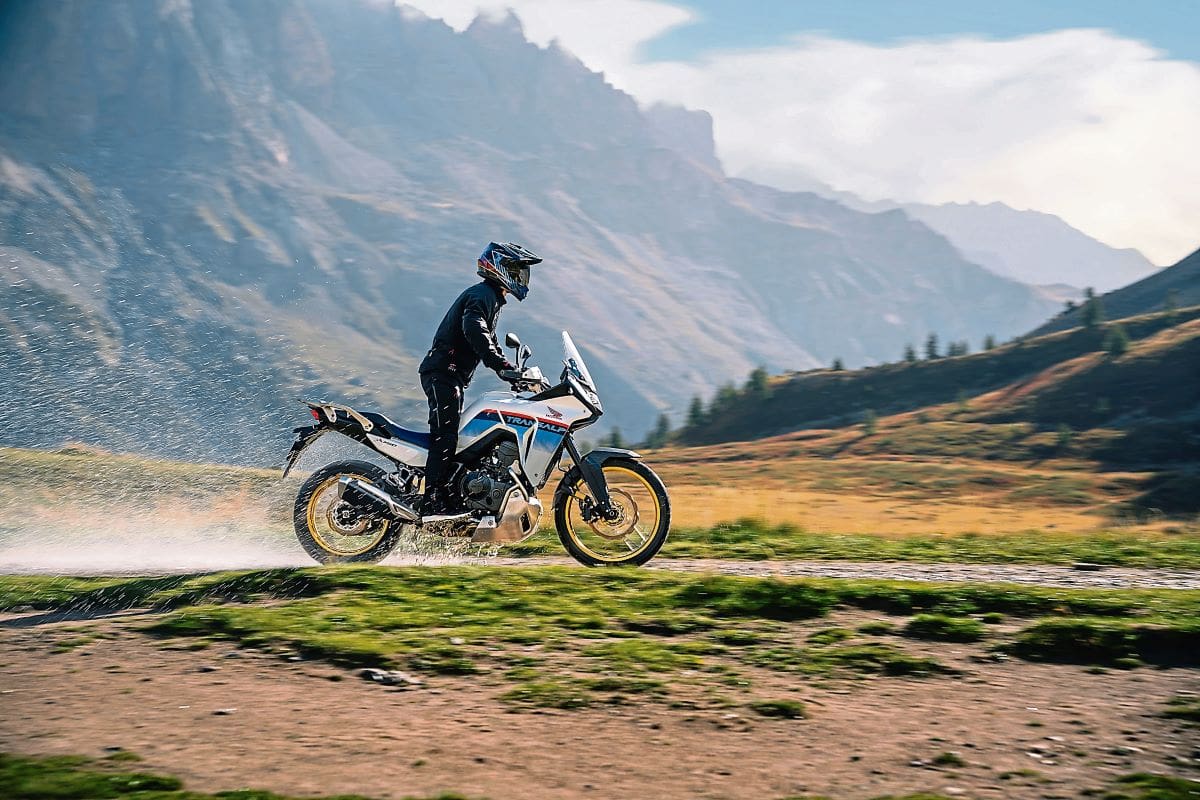 It’s been missing for a decade. But one of Honda’s most endearing bikes, the Transalp, is back for 2023, with a new 755cc parallel twin engine and chassis based around the same platform as the new CB750 Hornet.

The original XL600 Transalp was launched in 1986, when adventure tourers were called ‘dual sports’ bikes – or just big trailies. The XL600 wasn’t at all sporty on- or off-road, but it made a great practical everyday bike that could tour and commute like a good ’un. Rather like most adventure tourers today, in other words…

Honda was ahead of its time, and the Transalp wasn’t a massive hit in sportsbike-obsessed Britain back then. But it sold well in Europe, and was overhauled twice, first to a 650 in 2000, then a 700 version in 2008, before going off sale around 2012. Fast-forward a decade, and with the CB500X offering a small ADV machine option and the (formerly 750) Africa Twin bumped up to an 1100, there’s a neat gap in the market for a new upper-middleweight ‘Dual Sports’ Honda.

And here it is. It’s a handsome looking beastie, with a much more purposeful stance than the rather soft early Transalps. The Unicam SOHC engine makes the same power as the new Hornet 750 – around 90bhp – though Honda reckons it’s got slightly different mapping on the ride-by-wire fuel injection, to give a more suitable throttle response for adventure touring work. The steel diamond-type frame looks very like the Hornet design, too, though the geometry and swingarm are tweaked for the new use with slower steering and longer wheelbase. Honda claims it’s optimised all the tube thicknesses and removed extraneous bracketry so it’s super-light – actually 10 per cent lighter than the frame on the CB500X, at 18.3kg. All-up weight is decent, if not stunningly svelte, at 208kg wet.

Running gear is adequate on paper: the Showa SFF-CA (Separate Function Forks – Cartridge) and rear monoshock have preload adjustment only, and the brakes use twin-piston sliding callipers up front with 310mm wave discs. Nothing exotic then – but being a Honda, you’d expect it all to work amazingly well despite the modest spec. The electronic riding aids are a bit more comprehensive: you get five riding modes; engine brake control; wheelie control; switchable ABS and traction control; but no mention of IMU-assisted cornering ABS or traction. It’s all controlled via a sweet 5-inch full colour LCD dash with Honda’s smartphone voice control set up, and there’s a USB-C charging socket under the seat, too.

Welcome back to the Transalp then – it’s a fairly tempting proposition, and we’d expect Honda to sell truckloads of ’em. That will depend on the price, which was TBC as we went to press. If the new Hornet is any guide though, it will be priced to sell when it arrives next spring.