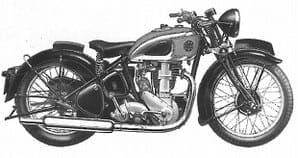 Harley-Davidson’s Evolution Sportster has become a firm favourite among bikers looking for something a little bit different. Light, compact and torquey the Sportster series combines modern standards of reliability and performance with the traditional feel of a torquey four stroke twin. And it comes with the kudos of the HD tank badge at a price within the reach of ordinary biking folk.

These bikes are simple to maintain too, even if they do require a slightly different approach to a Japanese four. Kev Harlow let me loose on his 1200 Sportster Custom to show how it’s done. View the gallery images for sequential service pictures.

Picture one: Kev’s 1200 Sportster Custom has delivered solid performance and never missed a beat in three years of ownership.

Picture two: First, the consumables. We’ll be replacing the oils, filter and plugs. I always use Harley’s own transmission lubricant but any good quality 20-50 engine oil will suit the motor. Millers Classic 20-50 is one of the best on the market for these engines and I use it in all Evolution engined Sportsters and big twins.

Picture three: To drop the old engine oil this pipe needs releasing from the back of the muffler bracket and pulling clear. Pop the filler cap off the oil tank to let it flow freely and warm the engine up first to stir up any debris in the old oil.

Picture four: The oil filter unscrews off its mounting at the front of the engine. Use a strap wrench if you must, but I still prefer to bash an old screwdriver through the filter housing to undo it. Nicely messy but effective.

Picture five: Before the new filter goes on it must be primed with about four fluid ounces of clean engine oil. Let the filter stand upright for a minute or two before fitting.

Picture six: Run a little clean, fresh engine oil around the rubber sealing ring before screwing the new filter into place. It needs to be hand tight.

Picture seven: Re-fit the lower oil hose, removed at step 3, before filling the oil tank with 3 quarts (2.8 litres) of fresh engine oil (less the 4 fluid ounces you used to prime the filter). Once the bike has run and fully circulated new oil around the engine check the oil level on the dipstick with the bike upright.

Picture eight: Next, the transmission oil. The Sportsters share their primary case oil with the gearbox, unlike the big twins. Remove this drain screw from the back of the chaincase to drop the oil. Again, this is best done when the engine is still warm.

Picture nine: The chaincase drain screw is magnetic and may have accumulated metal particles around its tip like this. Clean it off before re-fitting.

Picture 10: Before re-filling the chaincase I’m checking the clutch adjustment. With the lockspring lifted clear and lots of slack in the clutch cable, back the adjuster off anti-clockwise until it meets resistance. Then turn it back (clockwise) half a turn and pop the lockspring back on. Finally re-adjust the cable to get ¼” of slack at the lever.

Picture 11: To check primary chain slack remove this circular inspection cover and turn the engine slowly by hand until you feel the tightest place in the chain. The slack should measure 3/8 to 1/2”. If necessary adjust the slack by turning the adjuster at the bottom of the chaincase, after first slackening its locknut.

Picture 12: Finally re-fill the chaincase and transmission with 32 fluid ounces (946cc) of Harley-Davidson transmission lube. Use the special stuff for Sportsters, it’s different for the big twins. Smear a little silicone sealant on the O ring before replacing the cover to prevent it leaking. A new O ring is a good idea too.

Picture 13: The standard air filter is a washable type. With the cover off, remove the three screws that hold the filter element and wash it in warm, soapy water. Then dry it thoroughly and replace it.

Picture 14: New plugs please. Check the plug colour to make sure the engine is burning cleanly. This bike still had a little choke on when we turned it off, so this looks a little sooty. We’re using Screamin’ Eagle replacement plugs, which have a forked end on the electrode to aid cleaner combustion.

Picture 15: With the motor sorted I’ve opted to check brake fluid levels next. Top up with DOT 5 fluid if required. Do not use any other brake fluid grade as it will not mix and could seize up your brakes. In particular be wary of car accessory shops selling DOT 5.1 fluid. It’s not the same and will not mix with DOT 5.

Picture 16: Dropping the calipers to check brake pad width. Smear a ittle copper slip on the backs of the pads and the sliding pins before re-fitting.

And that’s more or less it, apart from the usual stuff like head and wheel bearings which should be checked for play. Check the drive belt tension with the bike on its wheels and the rider seated, make sure the cables operate smoothly and aren’t frayed, and check lights and horn. Finally, always test ride the bike and check carefully for any fluid or oil leaks.

By the way this article isn’t intended to replace a good workshop manual, and I always recommend you refer to the factory manual while you work.