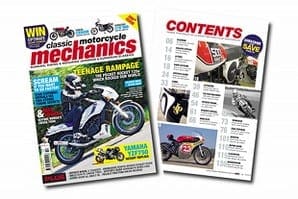 Enjoy the cover-mounted reprint of Motor Cycle Weekly. This is August 1979. Read Barry Sheene's heartache as he's pipped at the post by Kenny Roberts at the British GP as the pair come to lap a backmarker! Also in this issue, veteran scrambler Vic Eastwood decides to call it a day after injury, stunt rider Dave Taylor hits back at Sammy Miller after being labelled a "cowboy", and Japan's motorcyle exports fall by 27%.

• Calendar
Out and about with bikes in October 2012

• Dealer's special
A Honda CB250K in rather fine fettle

• Letters
Tell us what’s going on in your biking world

• Gizmo
Funny front ends. Stop laughing at the back 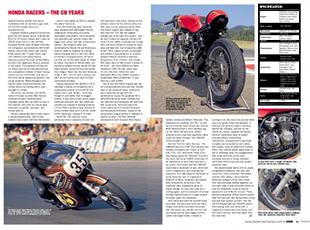 • CB racers
Honda’s CB500 Four featured a bore and stroke similar to that of Hailwood’s RC181, so it didn’t take much for Honda RSC to prep it for racing. Phillip Tooth tells the story

• Without whom
Jim Lomas exhausts: our Czech mate 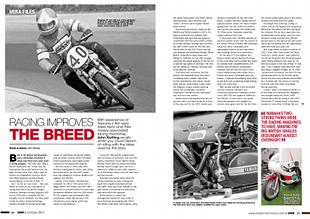 • MIRA files
With experience of Yamaha’s first reed-valve twins and their closely associated racing machines, John Nutting recalls when you could dream of riding with the bikes used by the stars

• Services
Useful chaps who can help with your project

• Classifieds
Advertise your bike for free. Browse. Buy another

• Showstopper
Kawa Z1B: Ridden and restored along the way