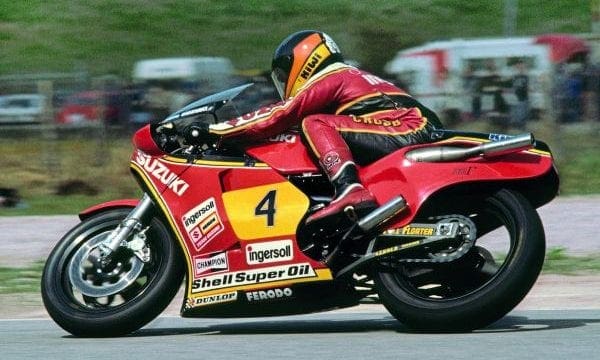 Double world champ and former Stafford Show special guest Graeme Crosby will be at the British MotoGP this September (1-4) as the affable Kiwi is taking part in a star-studded parade by former 500cc legends. He will be joined by three-time champ ‘King’ Kenny Roberts, Stevie Baker – who was runner-up to our own Barry Sheene in 1977 – and the five-time champ Mick Doohan.

Croz says: “I’m going to be reunited with my XR35 for the first time since the 1981 event when I crashed at Stowe Corner.

“Unfortunately, Barry, Kenny and Marco Lucchinelli all followed me into the hay bales. I was blamed for ending Barry’s chances of recapturing his title!

“I’ve been speaking to Steve Wheatman, who owns the XR35 and he says it’s ready to go. I can’t wait! It sounds like a great event.”

Aside from the modern race shenanigans, the event will see a classic display over the full four-day event and a return to the track of the Yamaha Pro-Am event, won by our own Niall Mackenzie last year, which proved so successful. ?¦ Tickets are available from: www.silverstone.co.uk