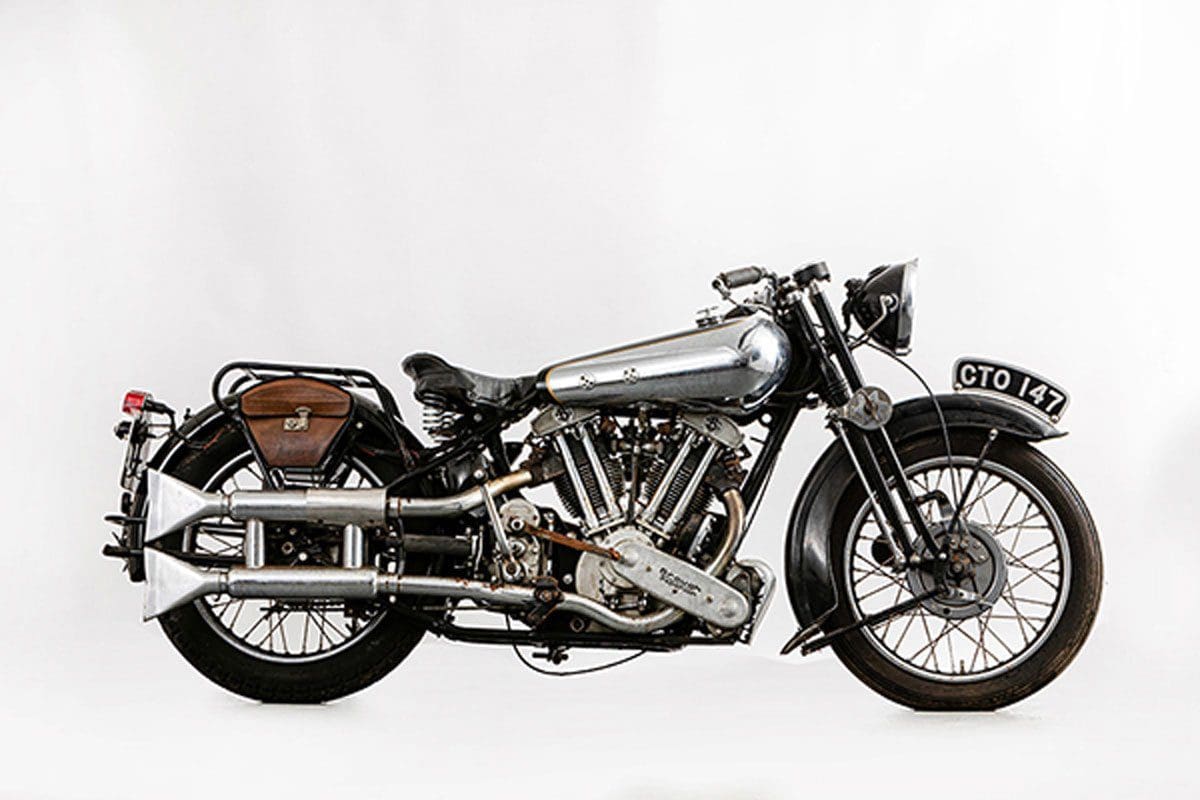 Bonhams two-day Spring Stafford Sale held over the weekend of the 23-24 April was yet another record event.

A brace of exciting Brough-Superior SS100 restoration projects achieved considerably above estimate, each realising more than £200,000 to lead the blockbuster Bonhams Spring Stafford Sale on 23-24 April, which realised in excess of £3 million and a sell-through rate of 95% (99% by value) over the weekend of The International Classic MotorCycle Show at Stafford.

The first, an iconic 1929 996CC SS100 ‘Alpine Grand Sports’ Sprint Special, which had been campaigned by notable Brough-Superior riders Reg Barton and Dick Knight, doubled its pre-sale top estimate of £100,000, finally selling for £253,000, following a spirited battle between determined online and saleroom bidders, earning applause from the packed Bonhams saleroom.

The top lot of the sale had been fitted with an ex-Eric Fernihough Brooklands racing engine and was offered for sympathetic restoration to retain its ‘warhorse’ character.

The SS100 had been owned by its vendor for more than 50 years, during which time he achieved 90mph on one occasion at Pendine Sands. Retaining its original frame and engine, the Brough was offered as an exciting restoration project.

One of only two Boxers imported into Britain before the model’s name was changed back to ‘Monza’, the ultra-rare machine, was loaned to the seven-time World Motorcycle Grand Prix Champion and former factory rider, when new.

As ever, the Bonhams Spring Stafford Sale offered several high-quality collections of motorcycles and motorcycles spares, led by the Alan Windsor Collection. This selection of British and key Japanese models was built up by the well-known figure of classic motorcycle racing. The highlight of the collection was an incredible one-owner low-mileage 1988 Honda VFR75OR Type RC30, which doubled its pre-sale estimate to make £47,150.

Another highlight of Sunday’s sale was the auction world record set by a rare 1921 Wooler 348cc Model B, known as the ‘Flying Banana’, which sold for £40,250, also doubling its pre-sale estimate.

The first day of the auction offered more than 300 lots of spares and memorabilia, including three considerable collections, and was a white glove sale, with 100% sold. An outstanding result was achieved by a dismantled Vincent project motorcycle, which made £41,880 – four times its pre-sale estimate.

James Stensel, Head of Bonhams Motorcycles (UK), said: “The Bonhams Stafford Sales continue to set a benchmark, attracting a truly international audience, with bidders from no fewer than 36 countries – living up to The International Classic MotorCycle Show’s name.

“We are pleased to have been entrusted by our clients to offer so many of their prized motorcycles, and the team look forward to returning to Stafford in the Autumn for another exciting auction.”

Ben Walker, Global Head of Bonhams Motorcycles, added: “This bellwether sale demonstrates that the market is strong for collectors’ motorcycles despite the challenging past couple of years.

Having recently signed for a further three years as the exclusive auction partner to The Stafford Classic Motorcycle Shows, we look forward to continuing to achieve these fantastic results at Stafford.”

The Bonhams Motorcycles team will return to Stafford on 15-16 October for their Autumn Stafford Sale, for which consignments are currently being invited, following a visit to Rome for the department’s first sale in Italy – Passione Moto – taking place at the world-renowned Moto de Miti in Civita Castellana, near the Eternal City two weeks earlier (1-2 October). 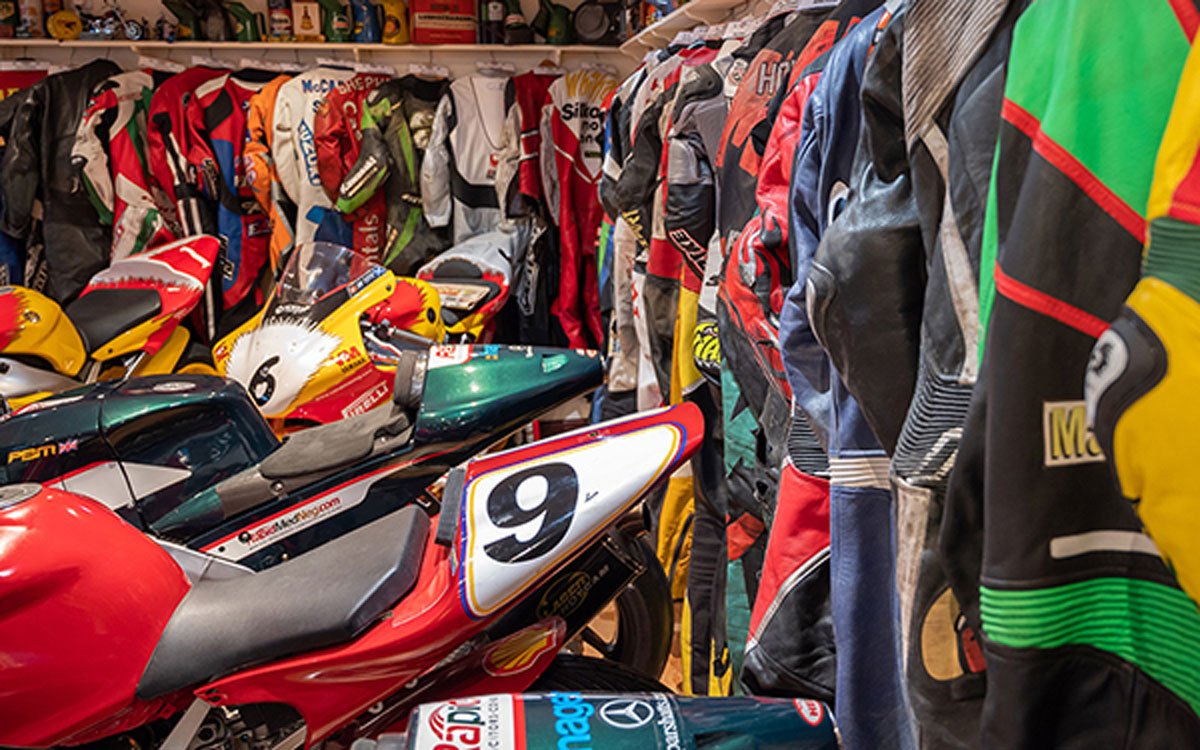 Contact the Bonhams Motorcycles team at: motorcycles@bonhams.com or visit www.bonhams.com/motorcycles to read the latest news and request a complimentary auction valuation.