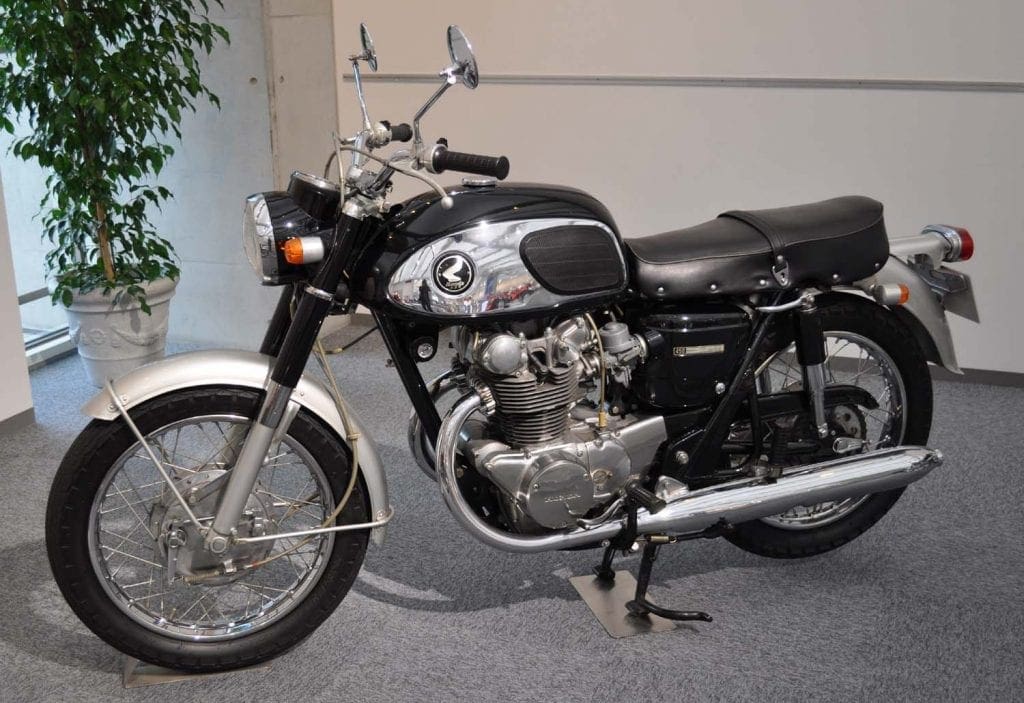 Q: I would like to be advised of the correct procedure for setting the valve and ignition timing. I have a ‘confusing’ Honda manual as a guide but with flames coming from the near side inlet port, am at a loss as to knowing what to do. Please help if possible.

A: If, as you say, you do have actual flames coming out of your carburettor then you really do have something wrong with your timing somewhere. Unfortunately you do not tell us what bike you have, so let me give you some general advice which is common to many older Hondas. I am assuming though that we are talking about a typical 1960s or 1970s twin, as you do refer to the nearside inlet port.

I have checked though a few old Honda manuals and I do have to admit that on reflection several of them could have been worded rather more clearly!

The principle of both valve and ignition timing is to set the crankshaft in a known position and then set either the camshaft (or camshafts) or contact breakers in a corresponding position, connect the drive between them and that is the timing done. The positions are shown by various markings. Because the crankshaft and camshafts and contact breaker are connected together they will rotate with a fixed relationship (the camshaft rotating at half the speed of the crankshaft) and the timing will not change (in the short term at least).

Unfortunately, if you need to check the valve timing this will be rather more difficult than just the ignition timing because you may well need to remove the engine. It will usually involve taking off the top cover above the camshaft and this might be possible with the engine in the frame, or might not.

Let us take the valve timing first. What you need to do is to take off the alternator cover and have a look for some markings on the alternator rotor. You will usually see a T mark and an LT mark: they are the top dead centre positions for the pistons on the Right and Left sides respectively. All you need to do is to rotate the engine until either T or LT is next to the fixed pointer outside the rotor and then check that the markings at the top end shown in your manual line up correctly. They might consist of a line or pair of dots which lines up with the top gasket surface of the cylinder head or perhaps a single dot or letter which should be uppermost in relation to the top surface. It is important to rotate the engine in the way it does when running, then stop precisely when the alternator mark is by the pointer. If you go too far, then rotate the engine backwards by half a turn and then rotate forwards slowly to line up. If the timing is wrong you will need to take out the camchain tensioner and either split the camchain or take the sprocket off the camshaft to allow you to move the chain around it along the sprocket teeth.

For the ignition timing, you need to look for F marks which are near the T and LT marks. F means Firing, and this is the point when the spark plug fires, just before top dead centre on the compression stroke. This is the stroke when both valves will be closed, as opposed to the end of the exhaust stroke when both valves are open. The plugs fire just as the contact breaker points separate and you can determine this either visually, by feel (checking for the release of a very thin cigarette paper was one method) or electrically by measuring voltage or resistance.