If there’s one bike that would be a guaranteed laugh if it was built today, it would be this. Here’s what it could look like. If there’s anything that Yamaha know how to build it is two-strokes, and back in the 1980s they were on a roll. From the legendary LC to the TZR series, the marque represented by the tuning fork were the experts in all things stinkwheel. Where they led, others followed. High on sales success, Yamaha popped an acid tab and gave the world the TDR250 – essentially a geared-down TZR 250 with wide bars – and called it the ‘Ultimate Dual’ to give it the impression it could go off-road. It was every bit as bonkers as it sounded and lasted a full five years before production finished in 1993. We’ve brought it back. Oh please, can’t someone build it?

While the original 250cc parallel twin was a retuned TZR250 with lower gearing, the truth is that despite the wonders of YPVS broadening the powerband it was still a peaky engine with not a lot going on below 6000rpm: which is why we’ve turned to our re-booted 350 Powervalve variant. From a true 45bhp to a reliable fuel-injected 70bhp in one move, the torque figure is up too so it’ll pull from lower down the rev range. Speaking of which, we’ve moved the tacho from the original ludicrous positioning on the fuel tank to the usual place in front of the handlebars. 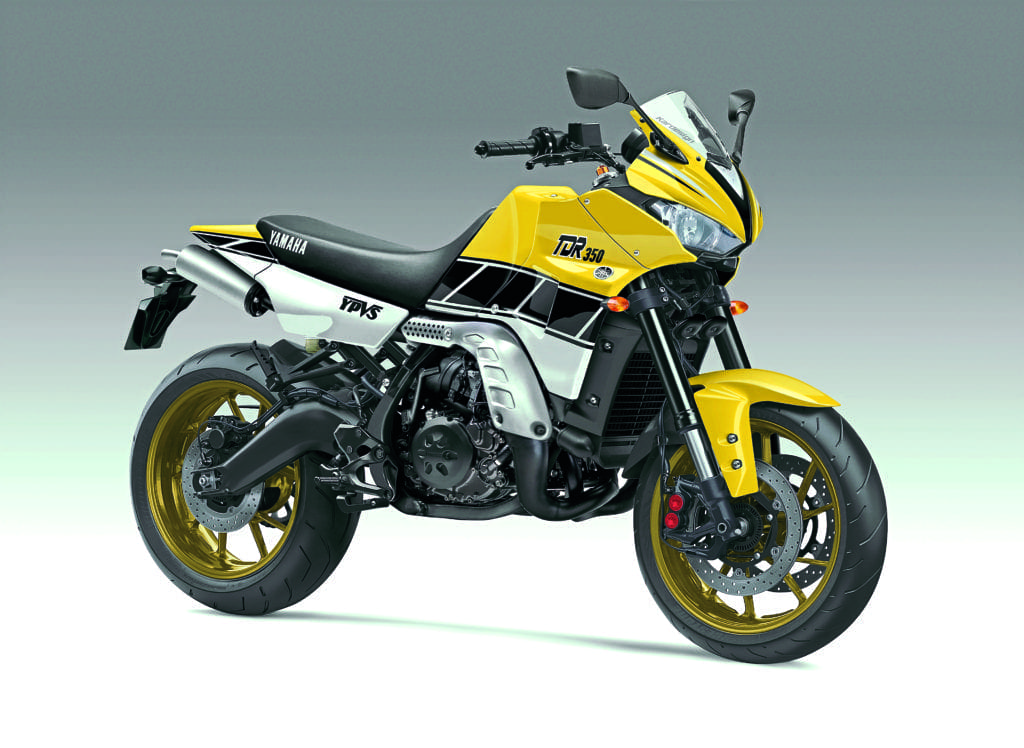 In 1988 the TDR used a cradle frame that was a halfway house between off-road and road-based. With chassis technology so much further ahead we’ve upgraded everything from the frame to the suspension and brakes to handle the extra power. The cradle frame is now box-section, wheels are cast alloy, forks are adjustable USD items and there’s now a twin-disc radial set-up in place of the single. There are pillion pegs but the short seat on the TDR remains – we don’t really want to encourage passengers in all honesty. 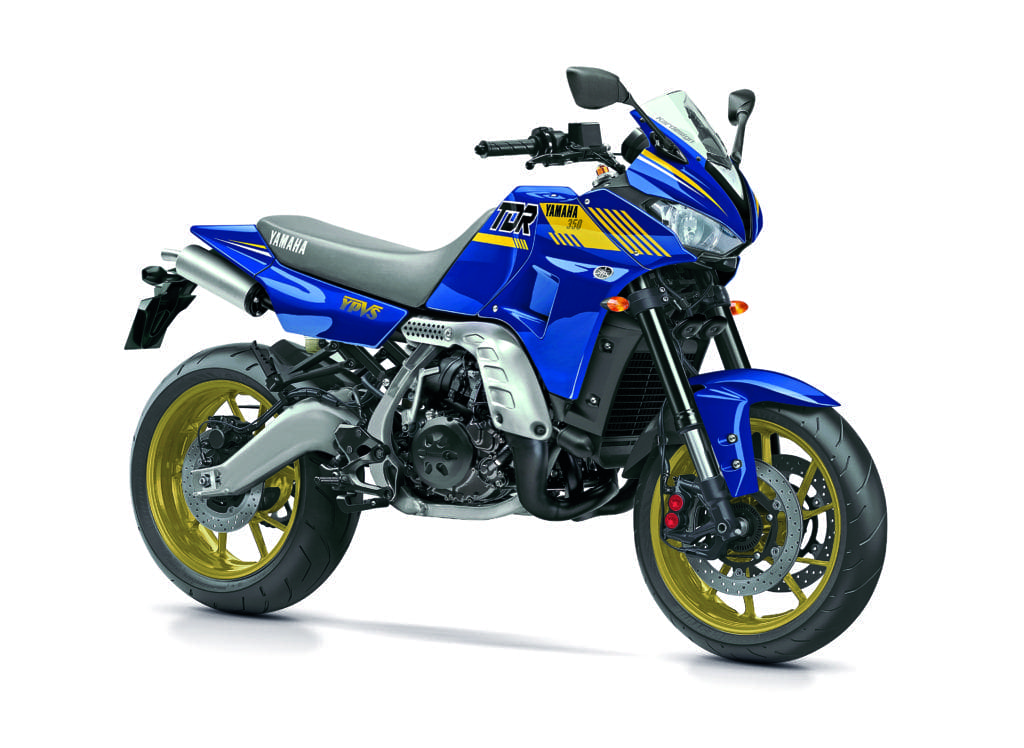 The TDR’s minimal bodywork is retained – it was sturdy enough in a crash which is a big advantage when riding an eccentric, high-powered stroker. The main upgrade here is in the headlight: the previous item was notoriously feeble so we’ve installed a twin-light array which automatically dips when the front wheel rises, which we expect it will do. A lot! Colour schemes will – of course – be a mix of majestically modern and classic cool.