Before the all-conquering 1983 RD350YPVS there was this the liquid-cooled version of Yamaha’s popular RD400. Yamaha called it the RDLC — Race Developed, Liquid Cooled, and it was available in 250 and 350 guise. It gave birth to a new generation of street hooligans, addicted to the peaky power delivery, light weight and capable handling. All wrapped up in a European-styled package the LC heralded a new era in motorcycle design: gone were the angular lines and slab sides of previous, instead we got swirly italic wheels, bigger bike dimensions and a monoshock rear suspension that promised handling to shame the big-bore dinosaurs of the time. It didn’t disappoint. There were faster bikes available but no other machine delivered more smiles per pound than the original Elsie. Here’s our vision for a modem day return.

Twin cylinders, 347cc, no fancy Powervalve system or starter motor but a powerband that kicks in at 6000rpm like the original yet revs through to 10,000 so you can more readily savour it again and again. We’ve ditched the tiny 26mm carbs of old to be replaced by fuel injection bodies. With lighter, more efficient internals, a bigger airbox and revised porting we’d expect a healthy rise from the claimed 47bhp of old to a headier, but still reliable 70bhp. Good enough for 130mph, which we think is more than enough for a naked bike. 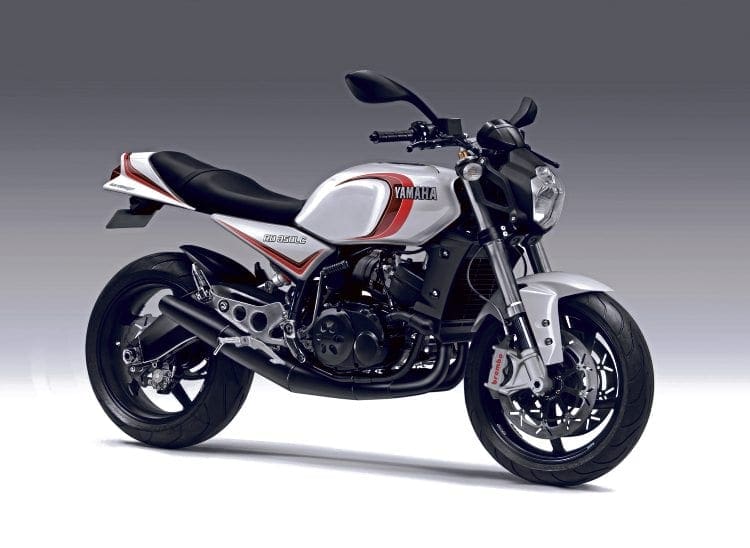 At the heart of the LC’s chassis is the spine cradle frame, updated with thicker, stronger tubes and advanced suspension at both front and rear. Chunky 43mm USD forks get Brembo Monoblocs for that brick wall effect when you brush the anchors and a banana swingarm with fully adjustable shock sits at the back. Curved five-spoke wheels are the modern equivalent to the original’s Italics and our LC gets adjustable pegs too. 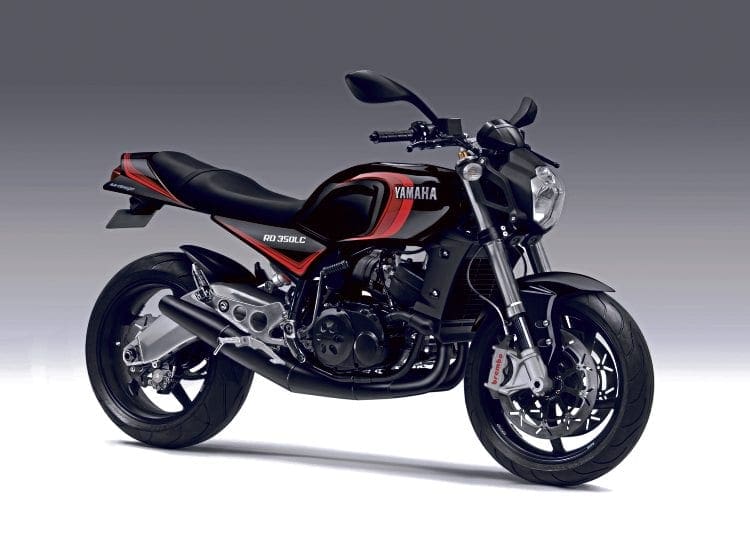 How do you improve on the LC’s perfectly proportioned bodywork? The answer is, you don’t. There are a few updates in the tank to fit our bigger airbox and the tail unit incorporates the indicators in its wings. A hugger is standard and the headlight is a modified MT-03 item. Are you ready to rip it up? Come on Yamaha, if you build it, they will come.